A downloadable game for Windows

This is a Touhou Fangame. Maribel Hearn is a girl with unusual experience with ghosts and supernatural beings. However, one night she meets a strange woman who turns her life upside down. In Cross The Boundaries, you will solve riddles while trying to stay alive, looking for an answer to what the strange woman desires.

Note: controls can be seen in the settings menu.

This is only the demo. The game is still in development.

I really enjoyed this. It was well written and the story was very interesting. I can't wait to see what you do with it next. Keep up the good work!

Thank you very much!

I like the game and the premise. I love your reinterpretation of a Gensokyo with that type of monsters, is really scary.

Good luck with the development!

thank you very much! I hope we can make something you all love.

Just completed the demo. Words alone cannot describe how much I love what I've experienced. If only I could show how I roll around and screams and bend myself when reading the dialogues...

So I am really surprised to see a story told from Merry's POV, and the thought put into Merry's character is just amazing, the way she juggles herself between dream and reality, the way she cherished every moment with Renko, how perceptive she is toward Renko and mostly how she acts. YES. And prior to this I've only seen this 'level' of Merry in 鳥居すみ's works (mostly in なにもない夜). It might be weird to say this, but even in dream sequences, even when Merry is getting attacked, I enjoy reading them because I enjoy second-guessing what Merry is thinking at the moment. (and then Koishi read my mind outloud)

But Renko's character is simply outstanding. I've never seen... and I never imagined a Renko with a sense of humour, AND this Renko is capable of flirt (even if it's just a little)?!!! OMG yes. I could imagine why Renko says those dumb jokes and I love it more when Merry seems to notice this too. YES.

I have no idea what the full game will be, but even as it is Renko's character is making me rethink the whole hifuu relationship. If there is a Renko POV down the line, I couldn't even imagine how good Renko's character could gets... For years I could only grasp and appreciate Merry's character, never once feeling anything toward Renko's character. I would even question myself (and to my imaginary Merry) "Why Renko ?". This is the first time I feel Renko is actually interesting and cute and smart and caring and brave .... and yes, thank you.

Gameplay wise (i mean the puzzles), I have been stuck with the hospital one for a while. I guess I was getting used to 'objects I could interact with will glow brightly' and I starts ignoring decorations, thus I ignored the clock and run around interact with everything for around 10 minutes. Once I notice there is a clock then it's quite easy.

You might ask, how I solve the first puzzle in scarlet mansion... well I didn't, I ran into the solution by accident, back then I was thinking 'lets first try interacting with anything obvious to see if there is more dialog' and the puzzle solution stands out from the whole scene.

Also in Myourenji's puzzle my first reaction was imputting 5 character, not realizing the game was asking for 7.

And music is good. I want to stay in main menu and in Occult Club scene for more. Bamboo forest and Scarlet mansion is inviting, I almost feel a playful mood. Myourenji is calm and a little boring (too much walking perhaps? ). Hospital simply makes my gut twist in agony (and I love it).

During exploration Merry feels clunky because she often gets stuck by invisible walls despite it seems that  (judging from the background) she could go through. Some objects also have a bigger collision than their art shows. Of course this is not a big deal, just what I noticed.

(edit) also it would be nice to have a log feature !

thank you very much for your replay! and there are plans to use Renko later in the game.

I Really Enjoyed The Sprites For The Characters, The History Seems Interesting But Some Dialogues Just Goes Around And Around Over The Same Topic Don't Adding That Much For The Conversation  Or It's Just Extremely Detailed Over Some Simples Things. They Can Still Be Very Enjoable With Some Jokes And Reactions And Even Some Theories They Put Up In The Table, So Is Not That Bad Of A Problem.

My Real Problem Comes With The Puzzles, Like That Chair One, I Really Liked That One, But You Can Literally Just Interact With Every Single Chair In The Room And Find What You Need Without Getting Punished For Choosing The Wrong One.
If They Can Be More Difficult Like Something You Really Need To Think About A Little ( To Pass The Puzzle Without The Possibility Of Just Spamming And Finding What You Want Would Be More Gratifying.

I'm Really Hoping To See The Full Game, You Did A Really Good Job On This Demo, The OST Picking Up With The Lore It's Just Genius ()
Thanks For The Demo!

thank you very much for your comment. honestly we had a bit of trouble with the puzzles since this is our fist time making a game like this, also we didn't want to make it too hard.

That's such a crazy game.

Exquisite writing, gorgeous art style, and the great ambition behind it, with these elements I think the group is trying to make the best hifu doujin game.

Lets talk about the story. Though english is not my native tongue and there are many gorgeous  but obscure words  in the text, I can still feel the author's efforts in elaborating  words.  Graywords sensai try his best to show hifu's patterns of relating and do a great job. Their Serious discussion, peaceful daily and a bit sweet words --these conversations are consistent with my imagination of the secret seal . What's more, those  American style jokes in the dialogue are refreshing and impressive.

The story is about merry's adventure in dream world(XD). I'm looking forword to be told that if Merry will recognize herself and change herself. How will hifu club and Merry's relationship be like is also unpredictable.

Beautiful characters, amazing cg displays and grand maps, Shii sensai also make so many impressive art works which are necessary to the game. Blushing Melly is so cute !!!

It's hard to describe how the music makes me feel. Though the music is very beautiful, sometimes it sounds so weird. It helps to exaggerate the atmosphere of terror but a  timid man like me cant afford this...😂

The only pity is that the puzzle design is too brief,which does not make the best use of everything in the map. A good puzzle design needs not only the difficulty, but also the complexity that allows players to invest in it. Sorry but i just compare the game with her excellent elders like Mad Father,IB, and so on.

What's more, i hope the game can be translated into chinese -- In China there are also many touhou and hifu fans .I know some friends who can help doing this work if you are interested on this. They help making the chinese version of 【Hifu Fragement】not long ago.

thank you very much. Sadly the full game is still far, but hopefully you will enjoy it as much. I do would love for the game to be translated in other languages, but for now finishing it is our priority.

I like how you show the world of Gensokyo from the eyes of an outsider. It really shows how dangerous that world is. Apart from that, I think a quick one screen tutorial on what button did what since it took me the longest time just to find the menu/save button. Other then that, I look forward to seeing how you develop this game.

Here's my channel for other games I have played. https://www.youtube.com/c/Levont 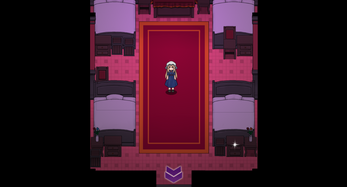 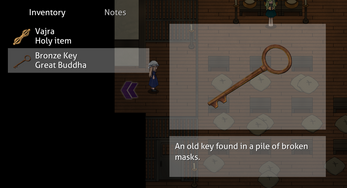 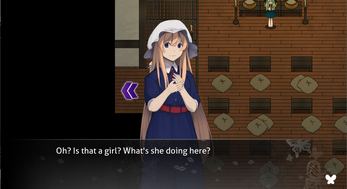 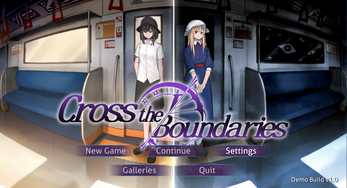 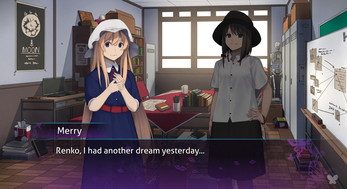